Mangetsu Pon (puffed rice crackers) is Muslim-friendly and a vegan food.
This product contains no alcohol or animal-derived ingredients, and is
made with flour, soy sauce, sugar, salt, amino acid (derived from sugarcane), brown sugar syrup, and palm oil.
As it contains sugar that is not refined with bovine bone char,
Mangetsu Pon is suitable for vegans.

by using simple ingredients and our old-fashioned recipe. 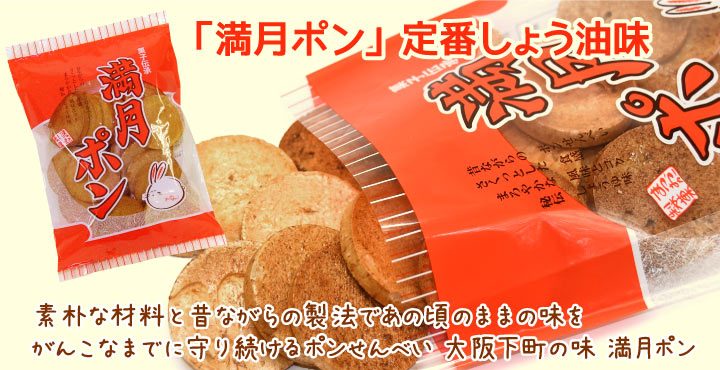 Higashi Kagaya, in Suminoe Ward, Osaka City, is a shitamachi, or

When you walk around the nostalgic area, you will smell the savory aroma of soy sauce from somewhere.

You might think that it’s like the aroma of ponsen crackers, which were once sold in candy stores. 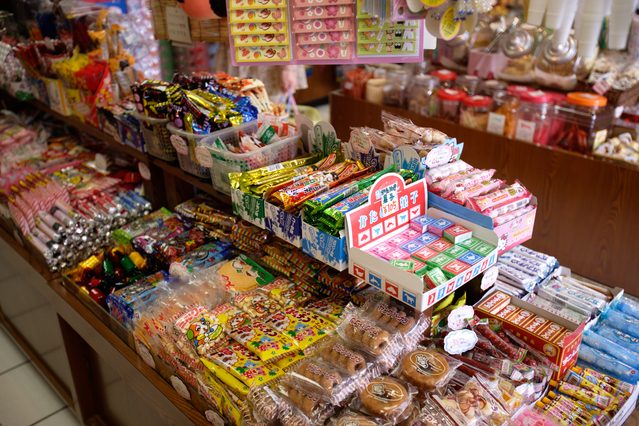 It is said that about 20 manufacturers made ponsen here in Kagaya as well.

But now, Matsuokaseika is the only maker of ponsen in Kagaya.

The company has been making ponsen crackers here since 1958,

when there were many candy stores in town.